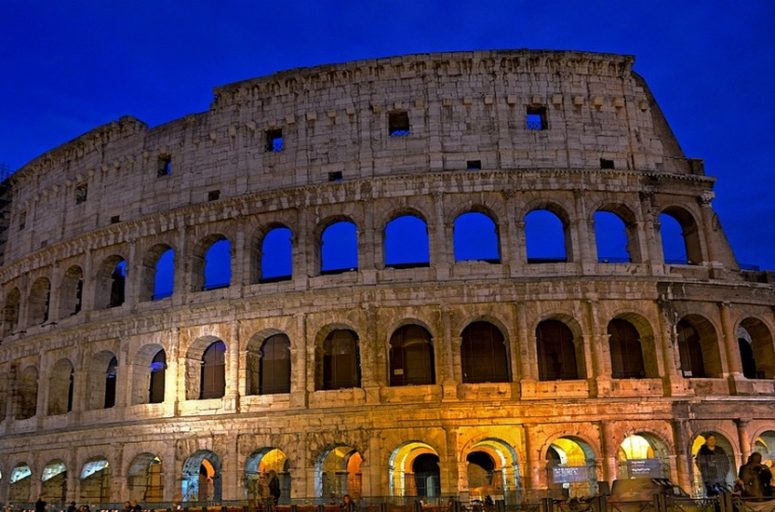 Raise your hand if you haven’t already visited Rome…. If we believe the motto that says: “All the roads lead to Rome”, there will be a time that the road will lead you to the magnificent city of Rome.

I had my chance in Christmas and I’ve make a list of things to do, see and try in Rome.

Vatican City is a walled enclave within the city of Rome. With an area of approximately 44 hectares, and a population of 842 persons, it is the smallest sovereign state in the world by both area and population. It is an ecclesiastical or sacerdotal-monarchical state (a type of theocracy) ruled by the Bishop of Rome – the Pope. 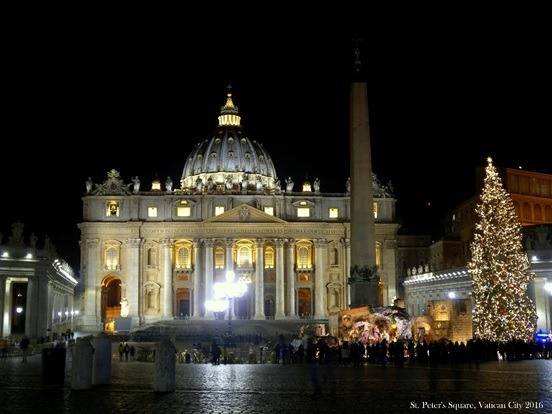 Why to visit Vatican City?

The Vatican Museums, the St. Peter’s square, the Basilica di San Pietro are pure art! The sure thing is that you will never see again so many artifacts gathered in one place. The ticket for the Vatican Museums costs 16€ and if you book online you must pay 4€ more. The extra charge allows you to enter quicker and save time waiting rather than standing on the other queue. 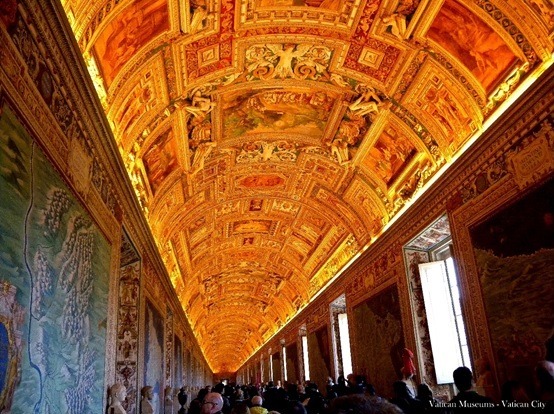 These two places require at least half of your day. Colosseum is a great arena but it is not so special from the inside. However, you are in Rome and it would be a great miss out if you don’t enter. That place hosted battles, duels and beast fights. 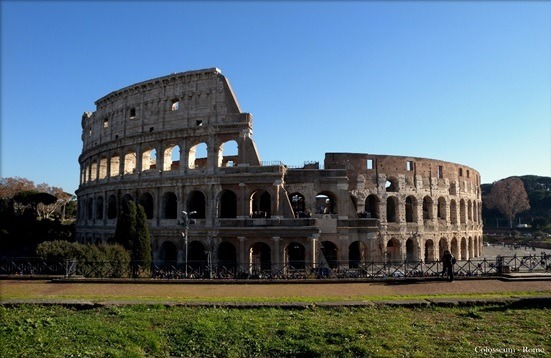 The Roman Forum is a rectangular forum surrounded by the ruins of several important ancient government buildings at the center of the city of Rome. Citizens of the ancient city referred to this space, originally a marketplace, as the Forum Magnum, or simply the Forum. 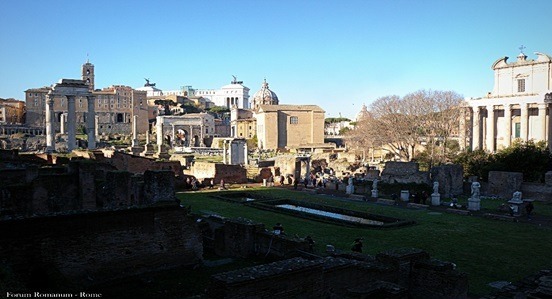 The Palatine Hill is the centermost of the Seven Hills of Rome and is one of the most ancient parts of the city. It stands 40 meters above the Roman Forum, looking down upon it on one side, and upon the Circus Maximus on the other. The city’s view is Spectacular!

These three sightseeing share the same tickets that costs 12€. 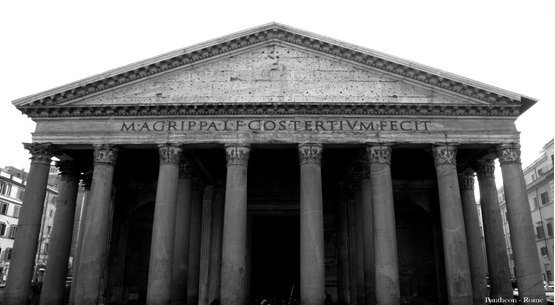 This temple was originally dedicated to all gods of the ancient Rome. Now, it is a Christian Church. The most characteristic feature of this temple is its dome that is open to the weather conditions. It’s fascinating that despite the eons and the damages that Pantheon suffered, it still stands! 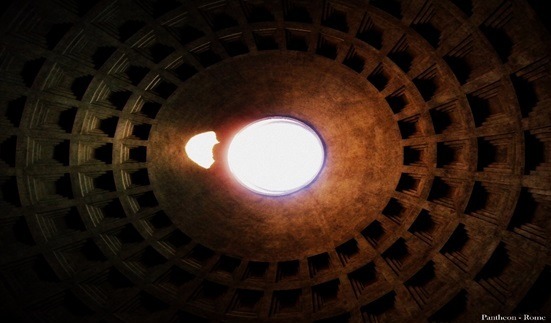 A visit to the most popular fountain of the world is necessary! Don’t forget to throw a coin into the fountain! This action, according to locals, guarantee your return to Rome. 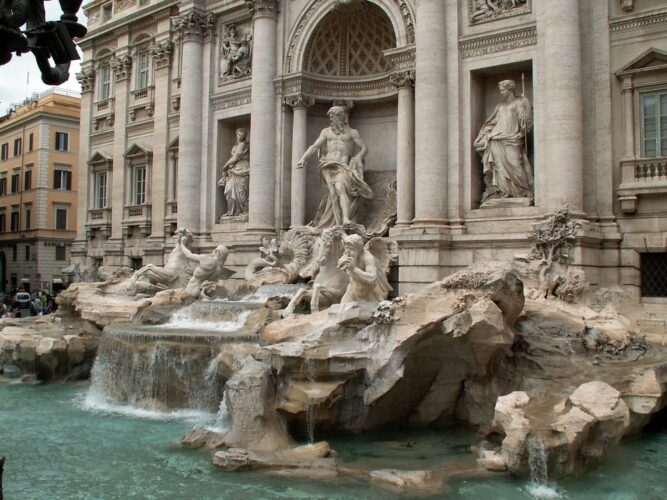 After the most popular fountain, we visit the most famous stairs! These steps connect Piazza di Spagna and Trinità dei Monti church. Climb the steps and the view will reward you! 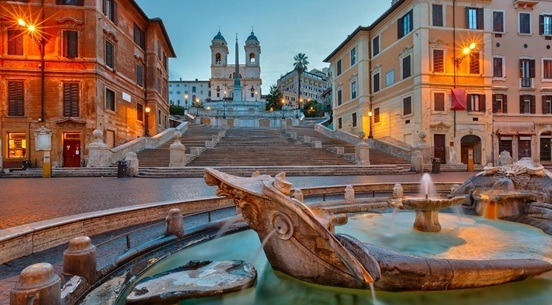 Each square has its own unique story to tell. I choose 3 squares that I really enjoyed and admired. Photograph the city’s view from the top of Piazza Del Popolo, take a break in Bernini’s fountain in Piazza Navona and pay your respects to the unknown soldier in Piazza Venezia. 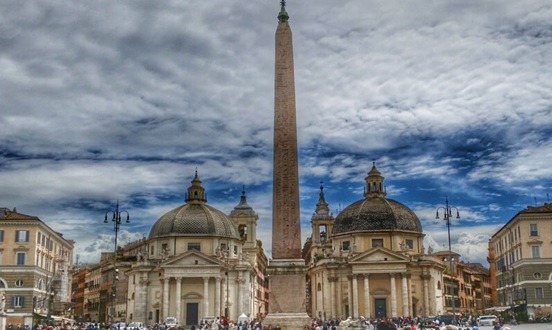 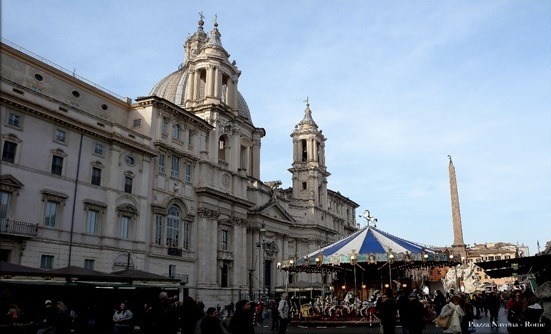 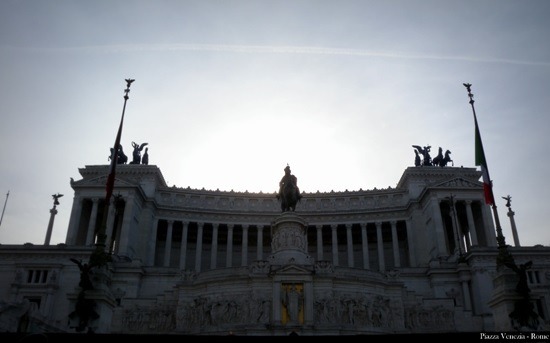 Tiber runs the old city. Don’t miss the chance to walk by the river and visit the only island in Tiber, Tiberina. 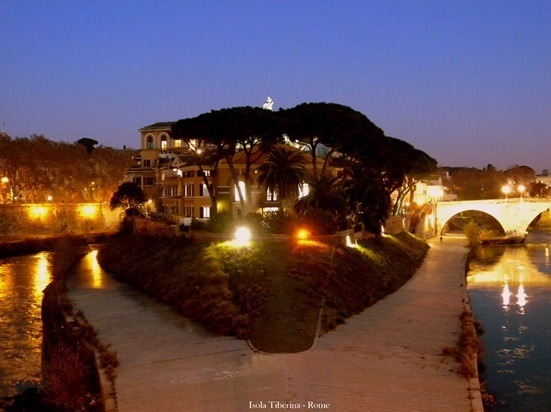 The Mausoleum of Hadrian, usually known as Castel Sant’Angelo is a towering cylindrical building in Parco Adriano, Rome, Italy. It was initially commissioned by the Roman Emperor Hadrian as a mausoleum for himself and his family. The building was later used by the popes as a fortress and castle, and is now a museum. This Castle was once the tallest building in Rome. 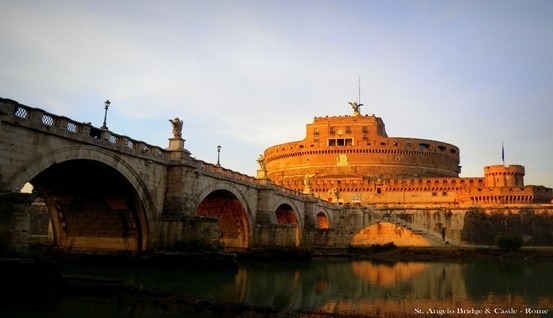 Ponte Sant’Angelo is a bridge located in front of Castel Sant’ Angelo. It completed in 134 AD by Roman Emperor Hadrian, to span the Tiber, from the city center to his newly constructed mausoleum. The bridge is solely pedestrian, and provides a photogenic vista of the Castel Sant’Angelo. Spent some time observing the “angels” on the bridge. 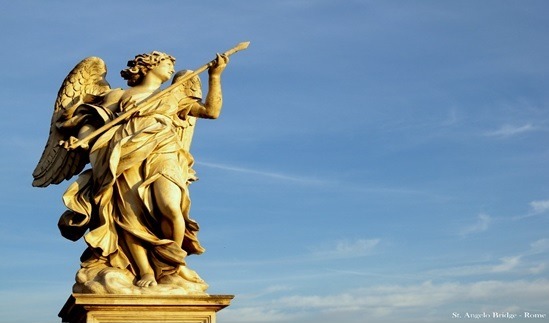 These gardens are perfect for relaxation. Walk or take a bike and ride through the park. If you have time visit the Galleria Borghese, the zoo and the beautiful lake. 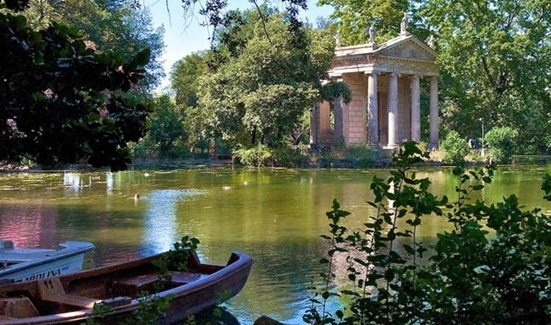 Shopping time and there’s no other place like Via Del Corso! There you can find well-known brands and normal priced items. On the other hand, if you are into expensive brands such as Prada, Gucci, Armani etc, prefer the Via Condotti. 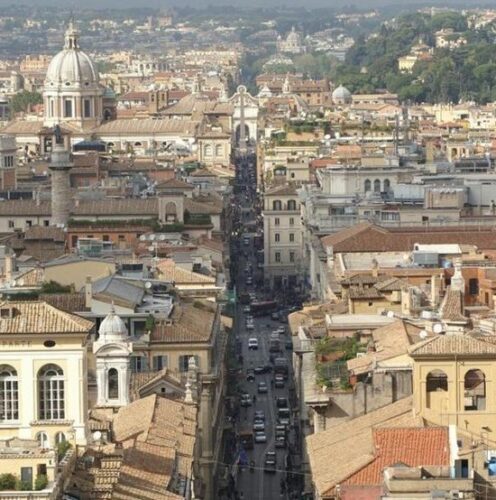 Pizza, Spaghetti, Panini, Focaccia, Τiramisu, are some of the MUST EAT foods in Rome! 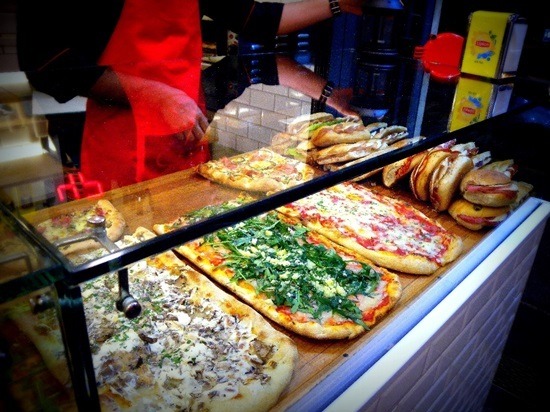 There is always time for a traditional cappuccino made by the experts! Also, try the authentic hot chocolate! It is thicker than the ones you are used to and certainly tastier! 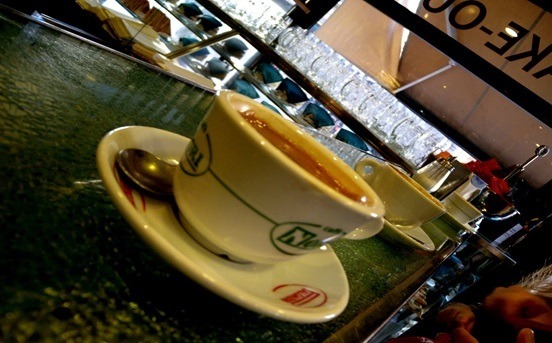 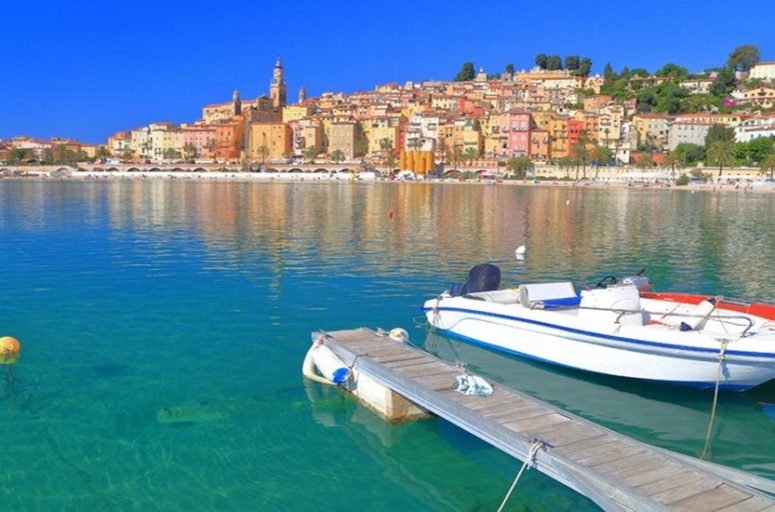 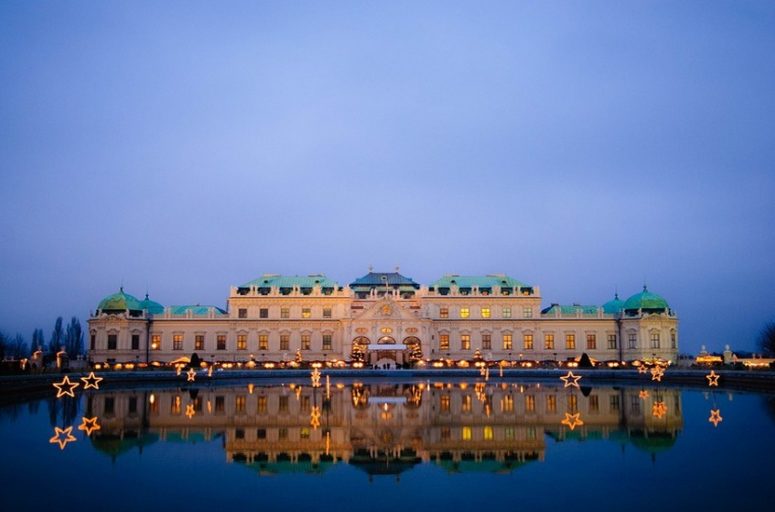 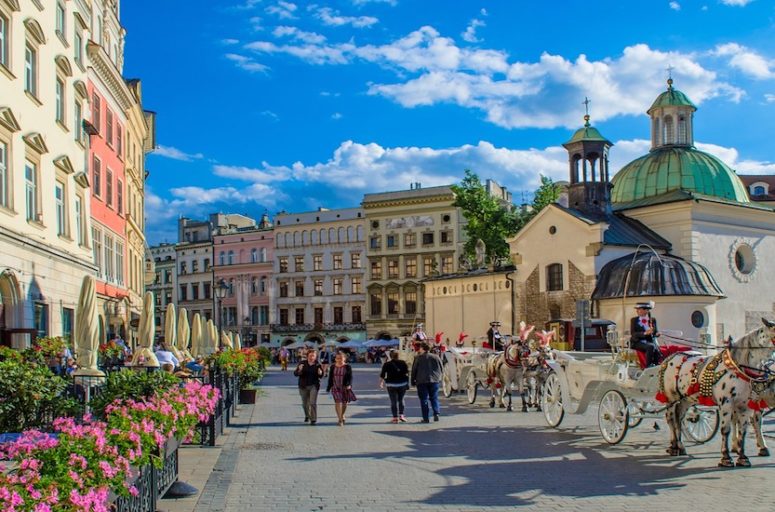